From planning the business case and scoping out a new PV plant, building it, and finally starting up production and running it on a day-to-day basis, the question of production losses has to be considered.

The solar business is highly competitive and is dependent on keeping costs down in production. A few percentages of difference in production output makes a significant difference in ROI for stakeholders, putting substantial pressure on the need for making PV operations as efficient as possible.

Losses can be roughly divided into two categories. One group is the non-controllable losses that need to be estimated during the planning phase of a PV plant. These losses also need to be assessed during the operations phase of the lifecycle of a plant, as it is important to pick up on factors that may trigger, e.g., warranty claims, and assess the initial business case assumptions. The other group consists of controllable losses caused by issues that can be amended with the right kind of procedures and routines.

The bottom line is a need for data-driven processes where data output from the systems is trustworthy and can be used to guide and inform the way people work and the asset’s performance.

A PV plant is built to last at least 25 years. Considering this lifespan, keeping track of non-controllable losses – whether or not they are as described in the business case – and reporting issues before the warranty period expires becomes vital for the future production of a plant. Four points are of particular concern regarding non-controllable losses; equipment degradation, weather conditions, irradiation, and grid availability/production curtailment.

Not all manufacturers deliver modules that keep yearly degradation rates within promised and warranted ranges. Predictions of production are based on historical weather data for the given area. Information about irradiation and production predictions is based on simulated scenarios rather than actual historical data for where a PV plant is to be built.

In terms of curtailment, insight into the potential production is essential to estimate lost production and document this to the off-taker for invoicing according to the PPA mechanisms.

Panel soling shading and tracker misalignment are examples of factors leading to production losses that can be controlled. In addition, come production losses due to failure of equipment; trackers and inverters needing to be changed, malfunction of sensors, and other physical equipment may lead to downtime in production while waiting for maintenance.

Understanding these losses and the associated production and revenue losses is critical to act on these and plan and effectively execute maintenance activities.

Uncontrollable and controllable losses are essential to keep track of where production losses occur and what can be done to alleviate the problems.

Having the possibility of tracking production losses makes it easier to file potential insurance- and warranty claims due to degradation of panels or other physical equipment failure/failures in the set-up of the plant - i.e., failures with regards to uncontrollable losses when the plant is set into production, compared to what has been promised in the business case. When backed by hard data, it will be harder to refute such claims from the insurance companies.

Also, a data-driven, contextualized system for data-gathering, monitoring, and reporting on controllable losses, opens up for rearrangement of the workforce to run an on-demand maintenance operation, repairing equipment before it breaks, and cleaning panels the moment they get soiled, adjusting trackers to avoid minimal shading, and so on.

When made visible in reports to stakeholders, insurance companies, and others involved in the organization, the trust in the solar industry and your operation grows. Intangible issues and problems that are hard to get control of due to the sheer size of PV plants (i.e., production losses and where they occur) become visible and tangible through hard data from your systems.

The only way to keep track of what is going on in a solar plant is to have a SCADA and Asset Management system in place. Such a system should be automated so that you can dig in and get the reports you need from all levels of your operation. 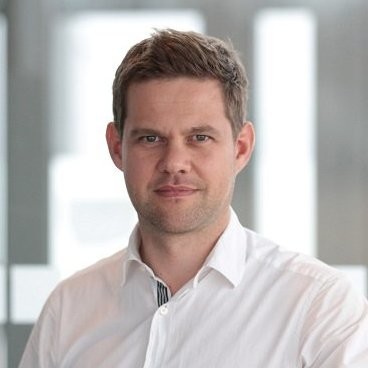 Thomas Pettersen is VP Operations Management at Prediktor AS.